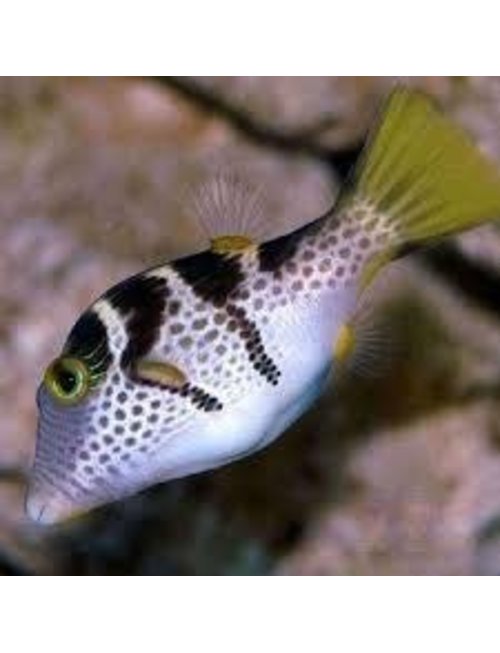 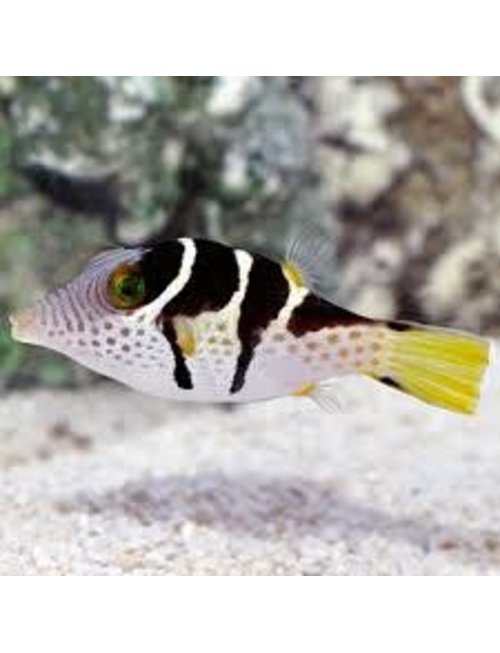 If you have a heart for pufferfish, and you have a reef tank, this may be the fish for you.

The Valentini Puffer, unlike other fish, it uses its pectoral fins for forward and backward movement. The Valentini Puffer can grow to be 4 inches, and should be kept in a tank no less than 30 gallons, and since it is toxic in nature, It is a toxic fish, so it is important that it lives in an aquarium where it will not get stressed from being picked on. When threatened, it generally inflates its body by taking in water in an attempt to prevent others from eating it.
The Valentini Puffer is scaleless which make is a sensitive species. They can be kept individually or in male and female pair. If kept in a pair, they should be added at the same time and to a larger tank, otherwise the males may become too aggressive.
The Valentini Puffer is considered reef safe with caution, as it tends to nip over the corals, smaller Inverts such as shrimp and has even been known to nip at other fishes fins. The Valentini Puffer is peaceful in nature and should get along with pretty much any fish, as long as the proper space is provided.
The Valentini Puffer is omnivore and can be fed with vitamin-enriched prepared frozen food containing Spirulina for continued health. You should also offer hard shelled Shrimp to wear down their ever growing teeth. It doesn't have a beak but instead has plate like teeth, which if overgrown, may require an emergency action.