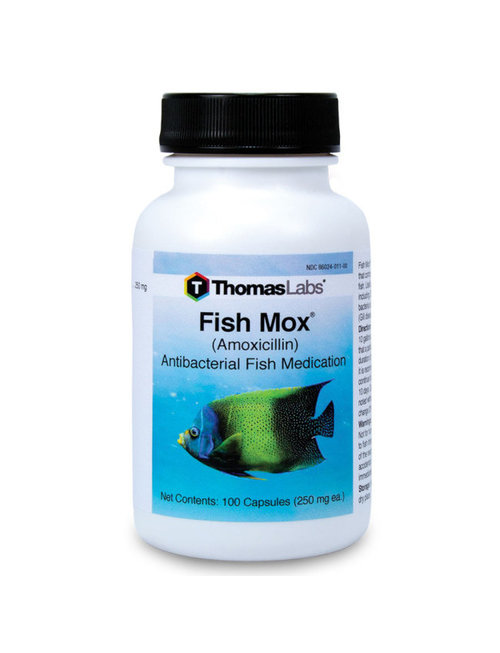 Fish Mox Forte® (Amoxicillin Trihydrate) from Thomas Labs is a broad-spectrum antibiotic that controls gram-positive and some gram-negative bacteria in fish. It works by halting the multiplication of bacteria associated with both fresh and salt water ornamental fish diseases. This fish antibiotic is useful for control of some common bacterial diseases in fish including Dropsy, Fin Rot, Red Pest, and diseases caused by bacteria such as Aeromonas, Pseudomonas, and Mycobacterial (Gill diseases and Chondrococcus).